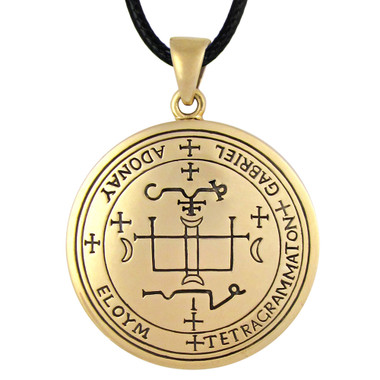 Sigils are magical symbols used for the invocation of spirits. They are usually used in conjunction with prayer, incantations or meditation to invoke the power of the spirit they represent. The Archangel sigils come from the ancient book "The Grimoire of Armadel" which contains sigils and invocations used to call forth the power of the Archangels. The sigil of the Archangel Gabriel is used to invoke his powers of divinity and intuition. Gabriel is one of the two highest ranking angels, alongside Michael, and his name means "Man of God". Gabriel is credited with teaching the prophet Elijah all the mysteries of divinity as well as serving as the herald of God. He first appeared in the prophecies of Daniel as the angel who announced to Mary that she would bear a Son. It is also said that Gabriel will blow the horn announcing the second coming of Christ.